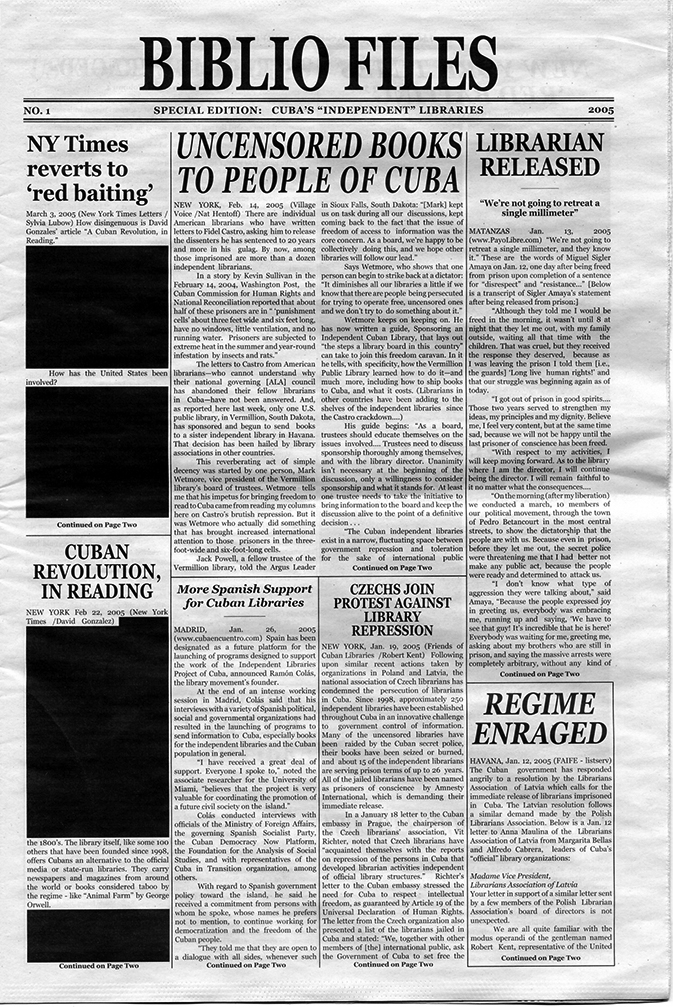 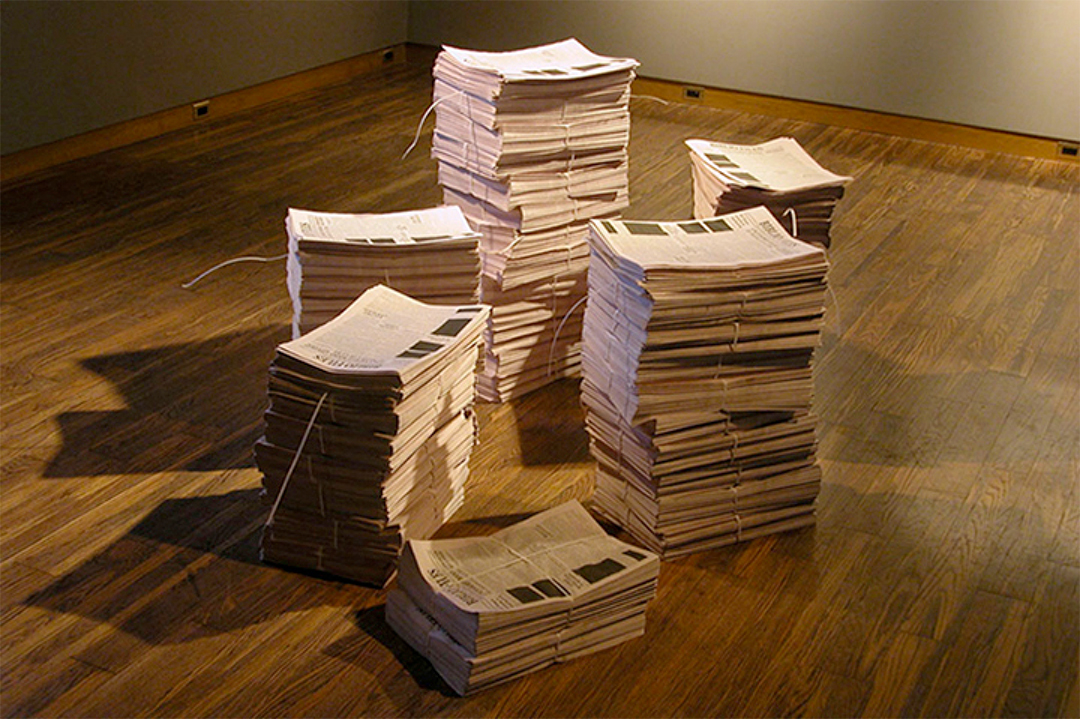 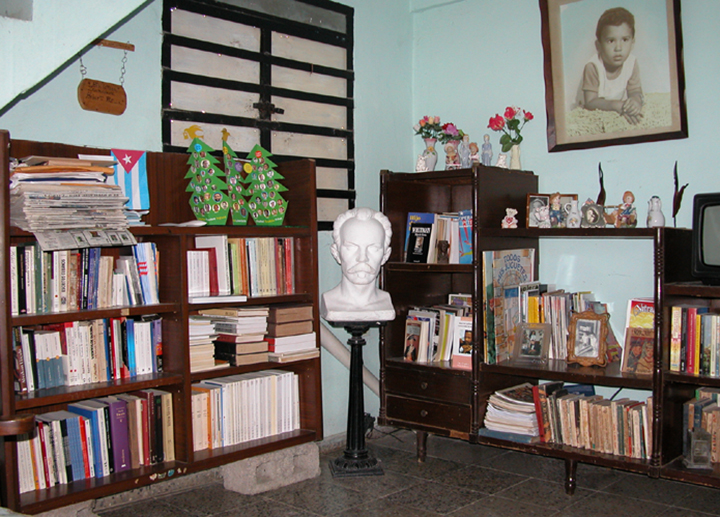 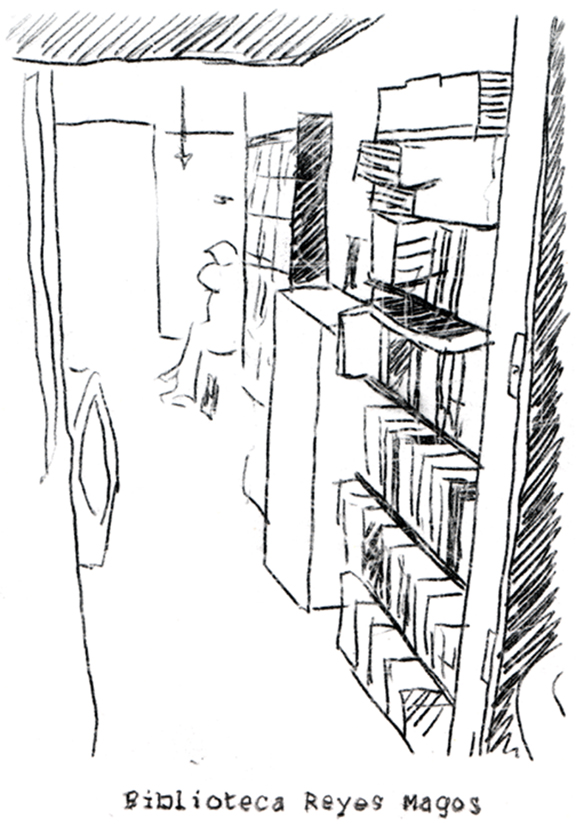 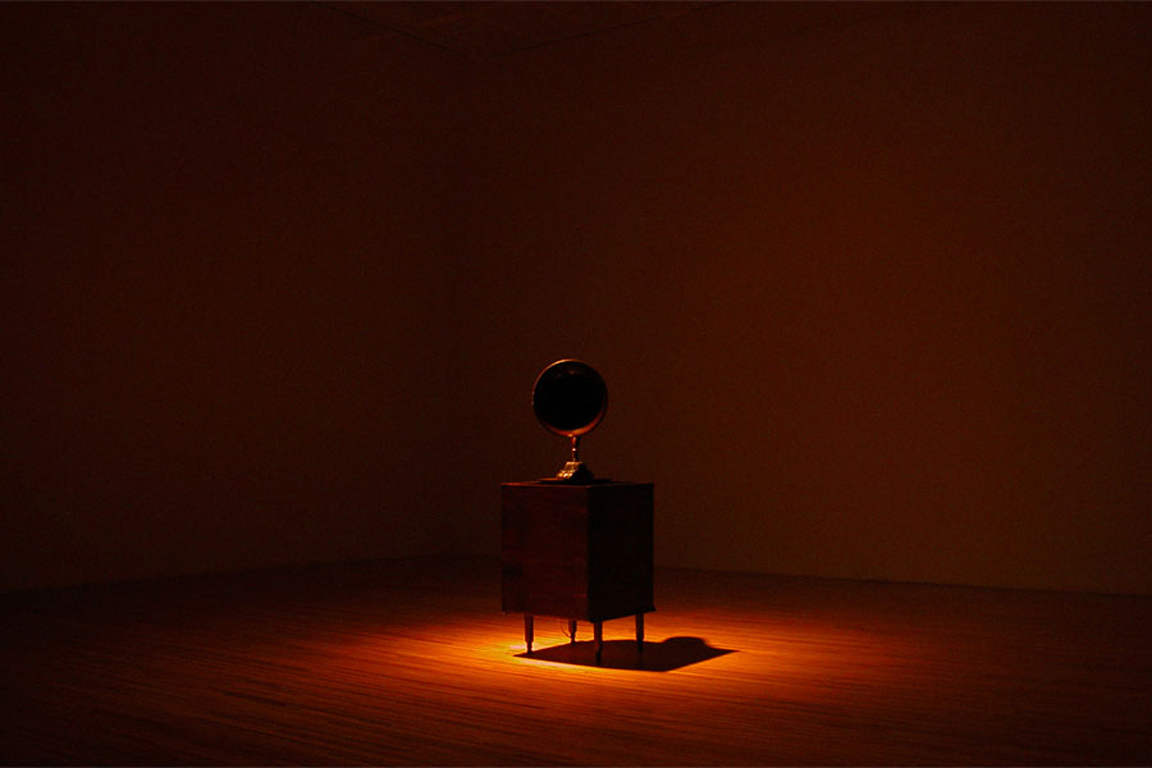 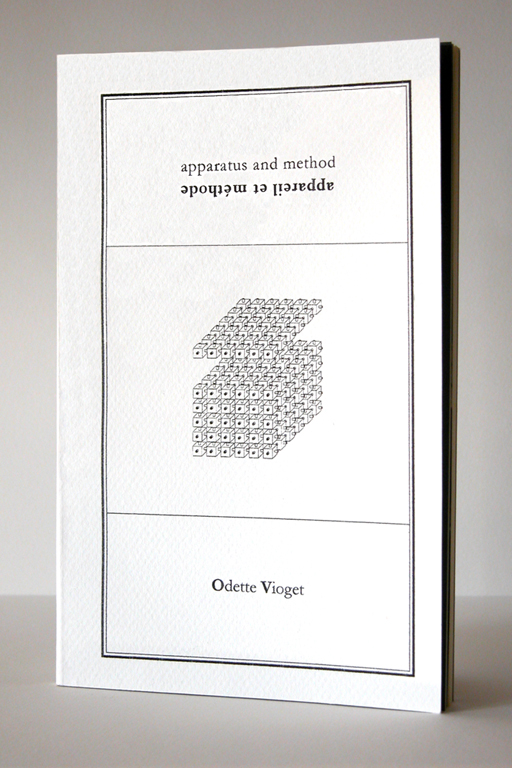 Odette Vioget
AXENÉO7, Hull, QC
Materials: Correspondence, essays, photos, interviews
Assumption: Criticism of the Cuban Independent Library Movement (by such authoritative organizations as the American Library Association, the Canadian Library Association, and International Federation of Libraries Association) as a covertly sponsored US initiative, should not be a hardline rationale for dismissal of the Library Movement's legitimate concerns around censorship. The defense of Cuban sovereignty, at all costs, is based on a romanticized version of Cuba as a socialist stronghold against capitalism that is immune to criticism which must, under all conditions, defend its ideological position even if that includes censorship and exceedingly harsh punishment for acts by its citizenry that the government considers "counter-revolutionary."
Significance: Not only an issue of "intellectual freedom" but of American imperialism; the issue of democracy's interwovenness with capitalism
Questions: Are these commentaries able to recognize their own agenda? What are the underlying agendas of both sides of the argument and can these motives be reconciled? Must disagreement with the apparatus of US-led global capitalism override any "good" intentions of promoting and defending US-stated "democratic values"?

"The Machinery of Language"*

“A pure psychic automatism, by which it is intended to express, verbally, in writing, or by other means, the real process of thought. [It is] thought’s dictation, in the absence of all control exercised by the reason and outside all aesthetic or moral preoccupations.”

As with the publication of Krispin's Patchwork, Remington's Forging Limbs, and Volta's Elemenopoeia, Belgium’s little publishing house, Roboutique Press, continues to give voice to the vanguard. Like the high-pitched momentum of a slicing machine, apparatus and method / appareil et methode — a collection of poems by the Canadian expatriate Odette Vioget — captures “pure psychic automatism” by presenting the dislocations of the subconscious. Dis-orientation, here, is the essence; it is achieved through juxtaposing image with syntactical unorthodoxy.

Though each poem has been presented in both French and English, the translations cannot be read as parallels, but as complements, as transliterations which enhance meaning and add complexity to word-play. Associations, therefore, rely on the spatial: meanings map [Aufzuzeichen] from one version to the other — as in the example where “whole light” is given as “le spectre,” read as either “spectrum” or “phantom,” causing an interchange of textual ambiguity.

Ms. Vioget’s content ofttimes brews with sexuality — challenging “moral preoccupations” — despite, or in spite of, the fact that there is often confusion as to where this desire is projected. Specifically, there is an intentional misuse of the genderdised French article and pronoun (reflecting the masculine back upon a supposedly feminine subject, or vice versa), particularly poignant in the English. This creation of a hermaphroditism of language seems, in fact, to form a universal sexuality…

Or, has a sexual neutrality, an asexuality of language, been achieved? If so, this position would sit well with the work’s leitmotif of the machine. Yet, apparatus and method / appareil et methode is less about allusion than imitation. Ms. Vioget shares affinities with the Futurists and the Vorticists, not so much in their festishization of the machine, but in the mimicking of its actions. The poems begin, and words grind forward as gears without cease until those single endpoints of punctuation bring the mechanisms to a halt. This functions quite like dreaming, where sense and nonsense refuse to be severed, and the dream-narrative [Traumegeschicte] unfolds without constraint until that final waking moment. As M. Breton describes:

“Surrealism rests in the belief in the superior reality of certain forms of association neglected heretofore; in the omnipotence of the dream and in the disinterested play of thought. It tends definitely to do away with all other psychic mechanisms and to substitute itself for them in the solution of the principal problems of life.”

At a recent reading at Hotel Rambouillet, Ms. Vioget stated that she attempted to “swaddle the harshness of the machine with a depth of imagery,” she continued, “but there is more to these stanzas than experimentation with language. It may have been guessed that my little dedication to ‘A.G.’ is, of course, M. Gide, and that my shameless paraphrase ("the fiction that history is constant”) of his astute words in Lafcadio’s Adventures is as essential a reading as the emphasis on machine and mechanism.“

In true Surrealist fashion, Ms. Vioget prefers inventive crypticism to clarity, and in so doing activates M. Breton’s call to "extend Surrealism from writing to action.” As stated, finally, in his great Manifesto:

“The imagination is perhaps on the point of reclaiming its rights. If the depths of our minds harbour strange forces capable of increasing those on the surface, or of successfully contending with them, then it is all in our interest to canalize them, to canalize them first in order to submit them later, if necessary, to the control of the reason.” 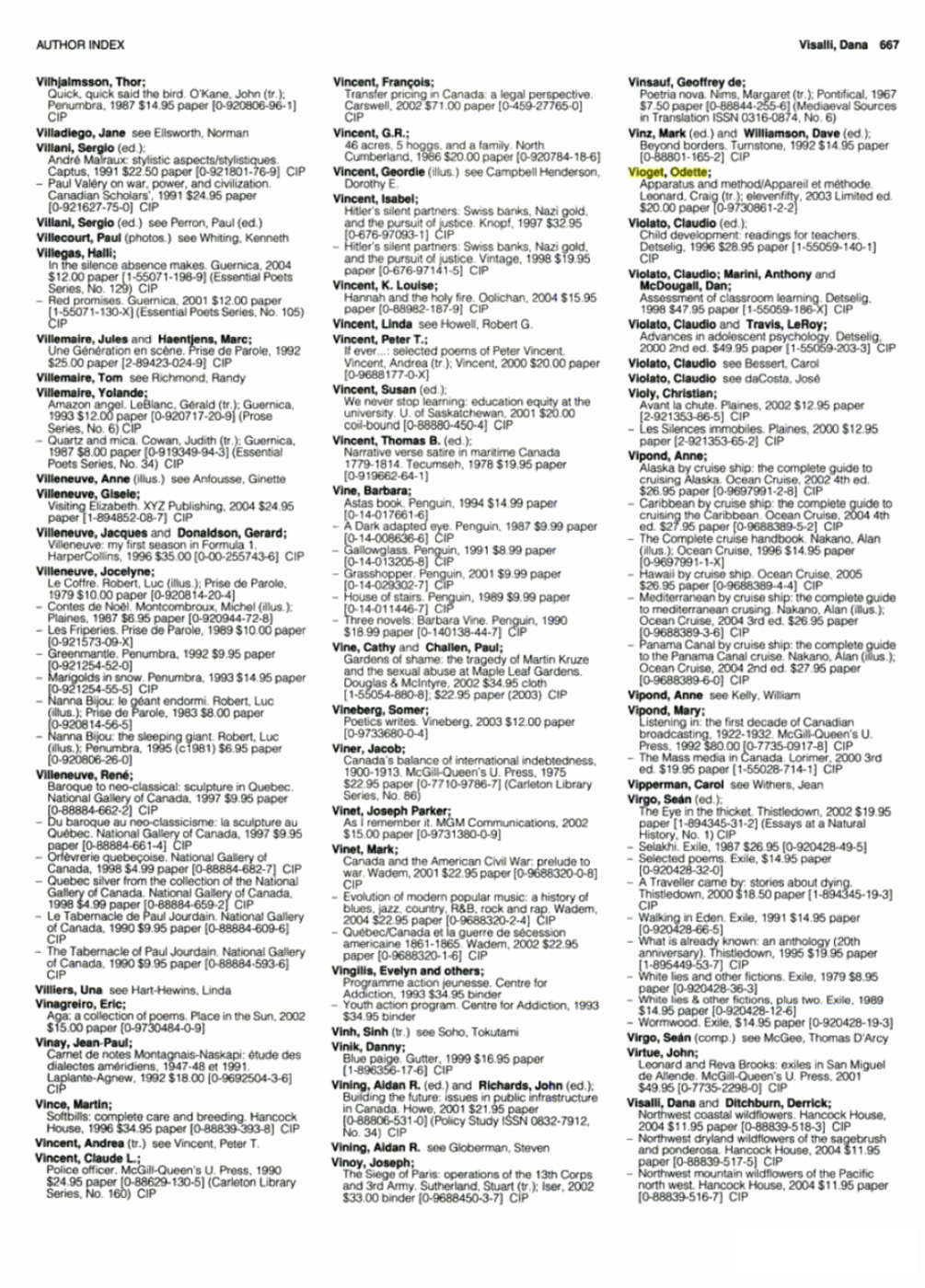 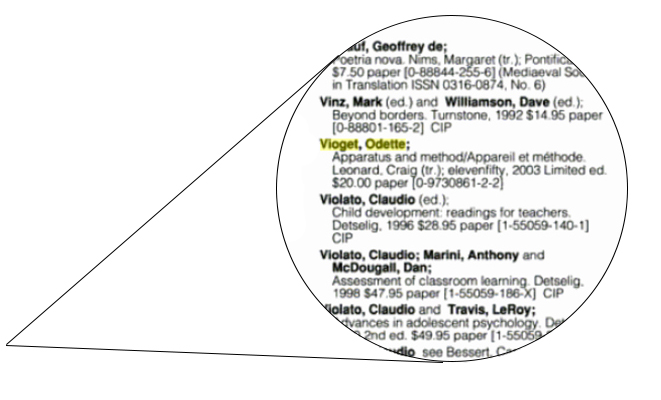